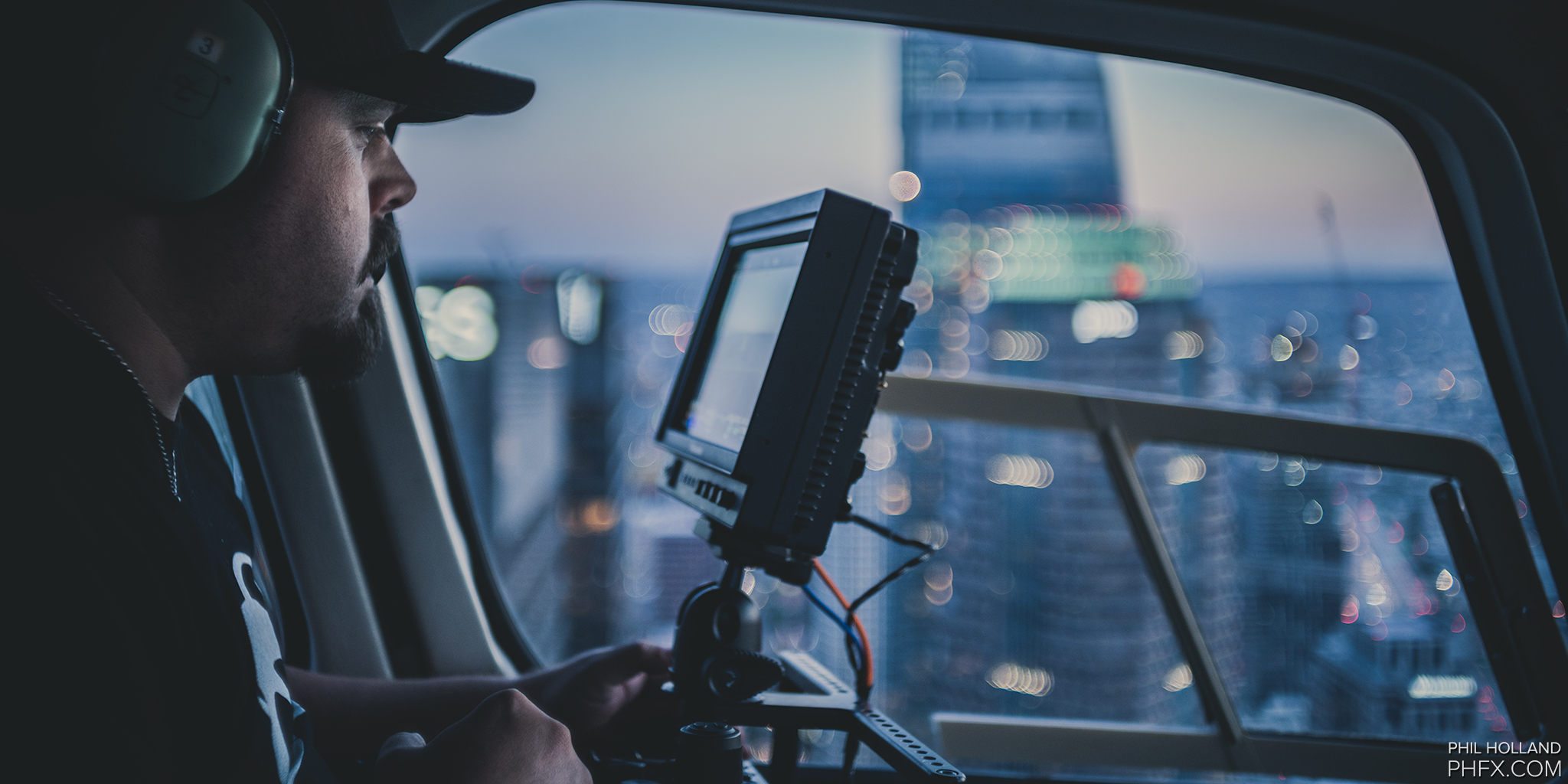 Phil Holland is a Director and Cinematographer based out of Los Angeles, California. With a passion for high quality compelling motion picture content and a keen interest in state of the technology Phil has shot exclusively in the 4K and 4K+ arena for several years. In 2016 he went "all 8K" and has been a pioneer on that new visual frontier. He primarily works in the world of Feature Films, Commercials, UHD Broadcast, and VFX heavy productions and recently has been shooting the highest quality aerial cinematography around the globe for several clients. Prior to becoming a full time Cinematographer Phil worked at Rhythm and Hues Studios from 1999-2010 as their Digital Imaging Specialist; a job he created that focused on Photography, Cinematography, Digital Color, Film Scanning, Laser Recording, and other more creative aspects of production for various films and studios.

Phil also contributes to the Motion Picture Industry in furthering the advancement of technology and contributing to the education of aspiring industry professionals. He served as instructor at The Gnomon School of Visual Effects for 5 years in between production work. He also occasionally instructs at REDucation and slightly more intermediate RED Camera Workshops. In 2015 Phil wrote and released the RED DSMC Field Operations Guide, a practical guide to working with RED cameras. Over the years Phil has instructed Quick Sketching and Character Design at various Gnomon, ConceptArt.Org, and Massive Black workshops as well.